List of the Top 10 Most Famous Mosques in India 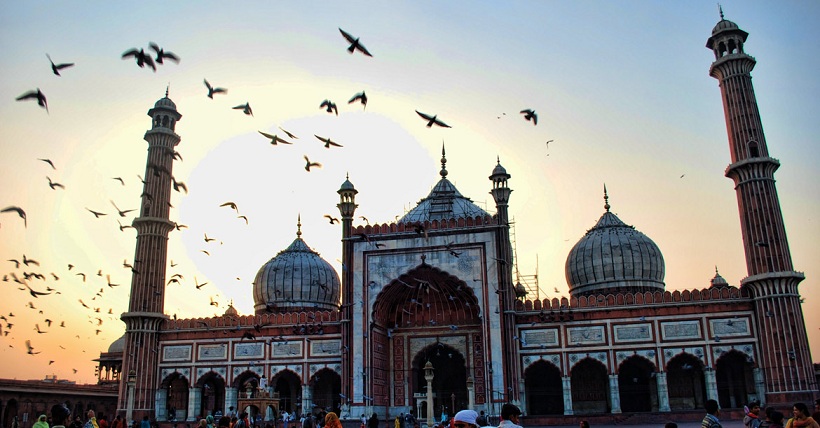 After the 10th century, when the Mughals started migrating to India, they chose various places to build mosques to carry on their religion and fulfill their religious rituals. 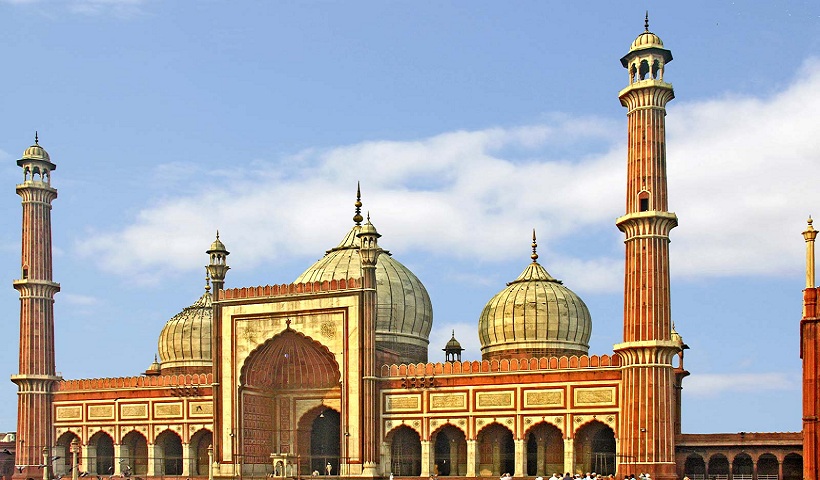 The Jama Masjid in Old Delhi is the largest and most magnificent mosque in the world. It is also called Masjid-e-Jahan-Numa, and it can house up to 25000 people at a time. This mosque is made up of red marble stones and was built in 1656 by Emperor Shah Jahan. 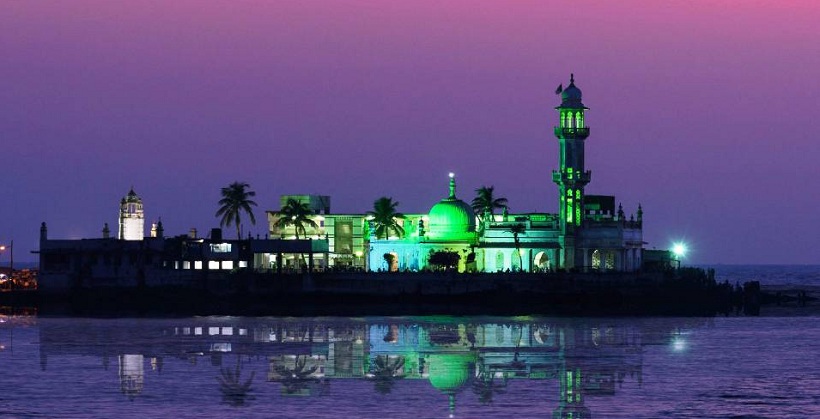 The Haji Ali Dargah is a famous dargah and mosque that was constructed in the memory of Sayyed Peer Haji Ali Shah Bukhari, situated near the Worli coast in Mumbai. This dargah holds special religious significance for both Muslim and Hindu communities.

The most important thing about this dargah is that when the strong waves of the Arabian Sea reach out to the sea, the path to reach it is submerged in water, but not a single drop of water enters the dargah. The view of this tomb is very charming. The bright white Haji Ali dargah in the white of the water waves is quite visible. It is also a famous religious and tourist destination of Mumbai. 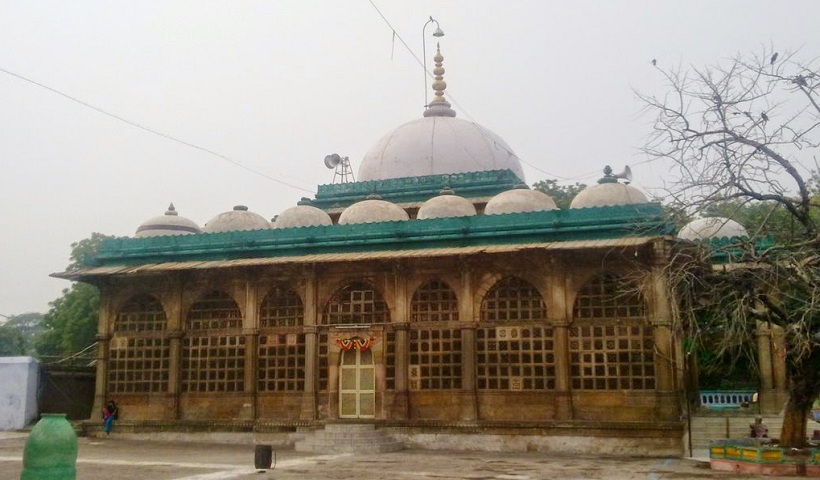 The Shah-e-Alam Roza is a medieval mosque and tomb complex located in Ahmedabad. It is also known as the Rasulabad Dargah or Shah Alam Koi Rojos. The mosque was built in the memory of Shah-e-Alam, the great-grandson of Hazrat Hussaini Bukhari and the son of Syed Burhanuddin Qutb-ul-Alam. 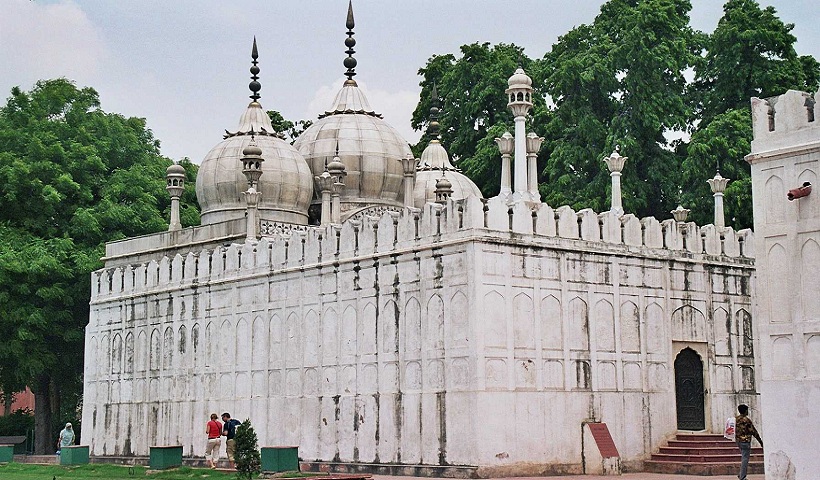 Moti Masjid, located in the Red Fort of Delhi, is a mosque that was built by the Mughal emperor, Aurangzeb. The hall of this mosque is decorated in black marble with small mats for prayers and is situated at a higher level than that of Pragna. 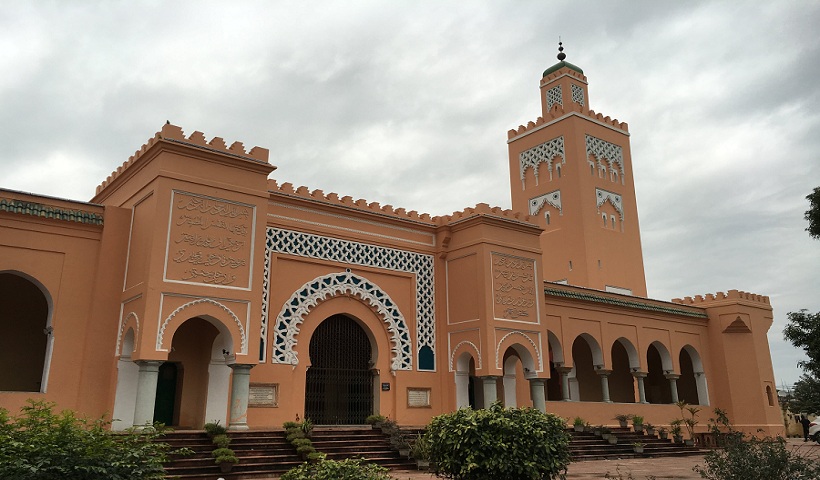 The Moorish Mosque in Kapurthala, Punjab, is one of the most famous historical places in Punjab. The French architect Monaire M. Mentix built it. This mosque is patterned on the lines of the Grand Mosque of Morocco. It is also a symbol of religious tolerance. 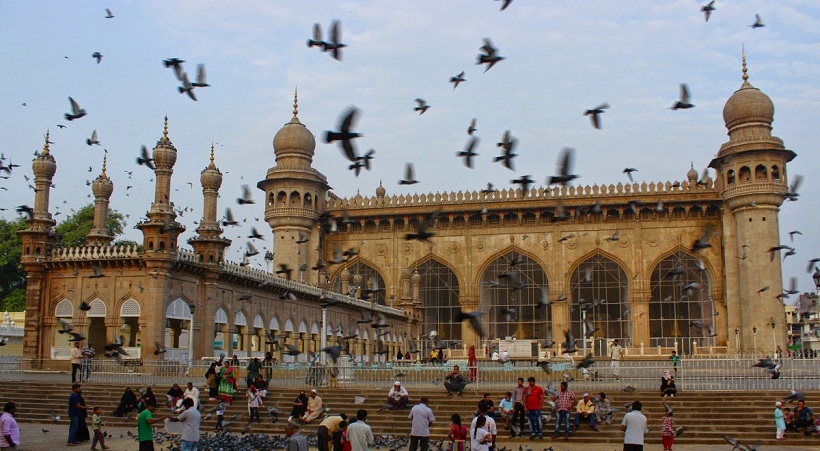 Mecca Masjid in Hyderabad, India, is the oldest, most historic, and largest mosque in India. The construction of this mosque began in 1617 by Muhammad Quli Qutb Shah but was completed by Aurangzeb in 1684. Apart from its special religious significance among Muslims, it also has a deep historical significance.

Not only this, but it is also the largest mosque in Asia. The structure of this mosque is stunning and grand. The Taj-ul Mosque holds three days of Ijtima Urs every year in which people come from every corner of the country. This mosque is painted pink, and its domes are white in color.

The Bada Imambara, also known as Labyrinth, located in Lucknow – the city of Nawabs, is an excellent example of 17th-century architecture and the construction of security arrangements for Nawabi-era buildings. This famous Imambara in Lucknow has immense historical and cultural significance.

Atala Masjid is an ancient mosque located in Jaunpur, Uttar Pradesh, which was built by Sultan Ibrahim Sharki. The Atala Masjid is a fine example of Jaunpur architecture and is also a famous landmark of the city of Jaunpur. A beautiful gallery was constructed in this mosque with artistic walls all around.

There are three huge entrances for entry into the mosque. The most prominent feature of the mosque is the raised prayer hall in its façade. Even today, tourists from abroad come here for its stunning architecture.

The Hazratbal Mosque, located in Srinagar, Jammu & Kashmir, is a beautiful mosque on the banks of Dal Lake, which was built by Sadiq Khan in 1623 AD. There is a beautiful garden and ibadat palace near this mosque. It was built in honor of Prophet Mohammad Moi-e-Muqaddas.

The architecture of this mosque is the perfect blend of Mughal and Kashmiri architectural style. The mosque itself was built in the 17th century, which clearly reflects in its architecture. This mosque in Srinagar is an important religious site for Muslims.

So, which famous mosque are you going to visit this year?

Why We Celebrate Ram Navmi – Story Behind...

Panj Pyare – How was they Selected and...

The Story of the Kedarnath Temple

Top 20 Muslims Who Made Indian Proud on...